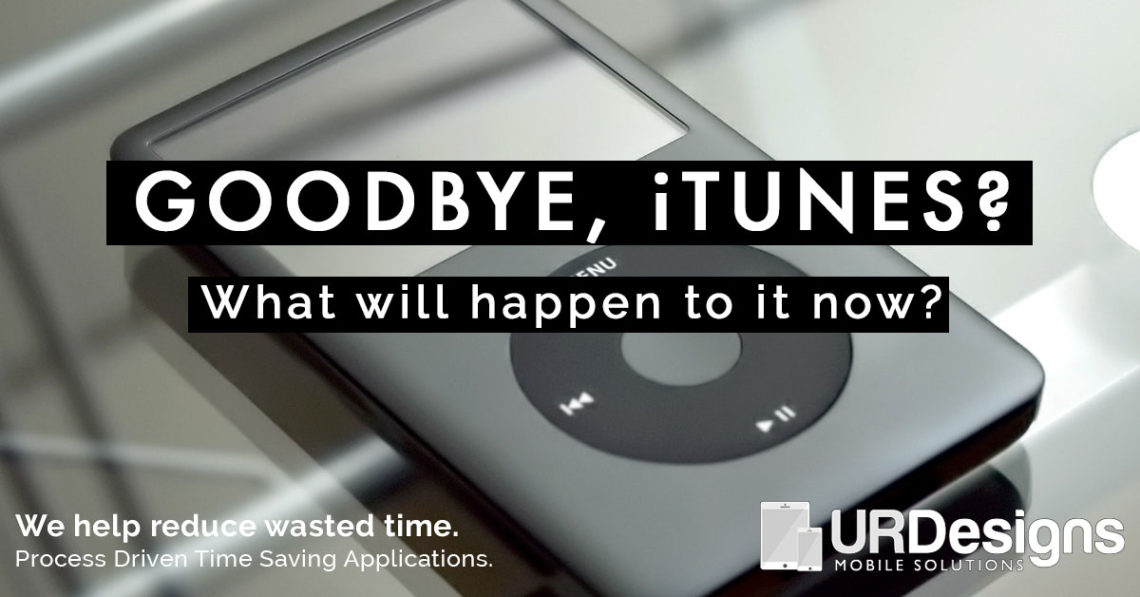 If you haven’t already heard, Apple is saying goodbye to iTunes and will be split into three new apps after 18 years of service.

They made the announcement on June 3 at its annual Worldwide Development Conference where they also unveiled the new Mac Pro. Their new Mac OS called Catalina which boasts a lot of new updates which include the iconic but now rarely used application be replaced with its more popular ones. Namely their Apple Music, Apple Podcasts and Apple TV app.

But don’t worry. It’s not as alarming as it sounds especially if you have thousands of songs and shows saved in your iTunes library. Here what the tech giant has to say about their new Music App:

The new Music app for Mac is lightning fast, fun and easy to use. Apple Music will help users discover great new music with over 50 million songs, playlists and music videos. And users will have access to their entire music library, whether they downloaded the songs, purchased them or ripped them from a CD. For those who like to own their music, the iTunes Music Store is just a click away.

On top of this, Apple also confirmed CNBC’s Make It that all you iTunes files won’t just magically disappear. Once a user updates their OS to Catalina which will be available for free this fall, your current files will migrate to their respective new applications. Songs you purchased will go to Apple Music while TV shows and movies will go to the Apple TV. Purchasing will also be easy to navigate as the iTunes Music Store will be accessed from the Apple Music app and TV and movies can be bought from the TV app.

Want to read up on the latest news on technology and more in your emails? Sign up here!

What do you think of Apple’s new move of replacing iTunes? Have you been a loyal iTunes fan since the iPod and iPhone 1st Gen era? Let us know in the comments below!