The Man Behind the Company 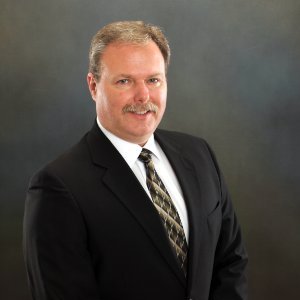 Posted by Kimberly De Guzman on November 21, 2017 | Featured | No Comments

When it comes to technical problems and solutions, you know Eric Dobbins is the guy you can trust. Hailing from North Carolina, he has been exposed to not only running a business at a young age but also to almost every technical work there growing up while serving the military at the same time. From that alone, you could already tell Eric Dobbins is not like any other CEO out there. One could even say he’s a jack of all technical trades.

But before getting ahead of ourselves, let’s trace his roots to get a better understanding of the man who can do it all.

As a young boy, Eric liked to follow his dad around everywhere. His dad ran a company called Design & Mfg. that specialized in tool and die and close tolerance machine work on small parts ( .003 + or – / within three thousandth’s of an inch), which highly fascinated Eric. And just at seven years old, he already decided that nothing would be cooler than running his own business much like his father’s shop. Over the years of tagging along his father, he absorbed everything that was taught to him about the ins and outs of the business like a sponge. He would use the same principles later in life.

But being a son of a businessman has its drawbacks. Expectations ran extremely high, which made things difficult for Eric growing up. Because of all the pressure, he suddenly felt the need to deviate with what his father’s company was known for and with much thought, he decided to join the military and take up training for electronics.

For a more than a year, Eric juggled being in the military and learning everything he could about anything electronic related in school. He was taught how to repair, build, and troubleshoot not only computers but devices that were used for weapon systems and radar tracking. If that wasn’t impressive enough, this was also the turning point that made Eric fall in love programming and making things easier for other people.

It was also during this time Eric formed a solid practice of letting clients discuss their situation first before asking them with questions. He took this practice into heart because it gave him insight as to exactly what the clients need. It wasn’t easy for him at first because he was young and eager but over time he developed the habit of being patient with clients by not interrupting them and just listening. He noted that this practice worked wonders on how he delivered his work.

After serving the military and finding his niche, Eric went on to pursue more programming work to expand his knowledge having initially been trained as a technician. He took up an offer from an IBM service provider in Alaska, which he used as a training ground for the work that he wanted to do. In Alaska, he was trained as an over-the-road technician and moved from one area to another to work on various system (System 34, System 38, AS/400 and all of their peripherals). He applied what he learned in the military in fixing customer’s problems and their systems including doing planned maintenance to leaving the equipment wiped down and smelling nice. The office staff always liked to see him arrive because they knew it he not only did repairs but he always left the equipment nice and clean.

After Several other IBM big Iron positions, he jumped onboard another company that had additional specialties, Bell Atlantic Business Systems. It was a company that had 7,000 different products that needed constant work. Eric had an advantage though. His experience with IBM systems and printers have left him knowledgeable of 2,000 of those products. So then he started learning computer networking with large scale organizations. Because of this plus the fact that he knew how to correct the problem and handle customer complaints, he was always directly contacted or preferred over others for assistance. While assisting customers, he learned about ERP / MRP, Accounting and tracking Systems. This piqued his interest.

After Eric felt that he had contributed enough to the company, he jumped into the textile industry. It was finally where he finally put his programming skills to use and add another achievement to his already growing and impressive resume. He developed, organized and improved the company’s software for the shop’s inventory which in turn saved them thousands of dollars each month. Eric had finally found his true calling of helping businesses grow by cutting costs and earning more profit.

The same company was then bought by Sara Lee a few years after. Among all of the assets listed in the purchase, Eric was one of them. Eric continued to work there and used his passion to make more software that made things easier not only for the company but also for himself and his other co-workers. After a year, he got interested in mobile Software and wrote a fully functional mobile Application that worked off line and made collecting information simple. But what good is information if you cannot analyze it? So, he created something that would track production, shifts, and working hours. The production shifts competed to win monthly lunches and the application helped the workers drive their shifts production up. This Application showed the production of the shifts in the canteen and was updated automatically. This was a new concept in 1999. This actually also helped boost worker productivity because the easy tracking also created a healthy competition among them. He also learned to lead in Lean Manufacturing and uses these principles in all he does. In the Textile Industry, we were even able to compete with China on cost and quality after leading several lean projects.

Eric then decided to move somewhere warmer where his skills were needed the most. He moved to Southern California.

He started working for his first ever equipment company, a subsidiary of Mitsubishi Caterpillar Forklift America, Inc. (MCFA) where he handled systems and its implementations for the company like integrations and updates from ORACLE, JD Edwards to Microsoft Navision. He also led projects to replace the ERP System and stabilize business processes. MCFA did not only focus on manufacturing and distributing forklifts, they also did service for their products to which Eric was very much familiar with. Being a field technician during his early working years, Eric decided to focus on writing mobile software for MCFA’s service aspect. To no one’s surprise, the solutions he created made things quicker and easier for the technicians. He would then be with this company for 10 years, picking up lessons based from different experiences in the equipment industry and all the technicians he’d worked with.

Even after working for different companies and helping them grow, Eric never forgot his dream of running his own company. Writing software for the companies he has worked at to help them save time, effort, and grown in profit had become his passion and he didn’t want to stop. So with much thought and support from his friends and family, he decided to turn it into a business. Not forgetting his roots, he took inspiration from his father’s business and named his company URDesigns.

URDesigns was founded on Eric’s interest of designing software programs for companies that focuses on their complex business processes, converting it to something simple and understandable saving time and money. It was his signature objective every time he started working on a software. The program does not have one structure as it is designed for every client’s unique needs.

With his company, Eric is finally fulfilling his dreams and also helping people along the way. A compassionate leader and visionary, he sees to it that his company’s culture and the clients’ needs are not compromised. He is very positive about the company’s growth, development, and future as URDesigns has now been running for three years with glowing reviews from clients.

And for him and his company, this is just the exciting start.